10 Cryptocurrencies Wrestling For a Place in the Metaverse

You’d be hard pressed to have missed Facebook’s (NASDAQ:FB) presentation on the Metaverse. It took less than two weeks for Disney (NYSE:DIS) CEO Bob Chapek to outline his own corporate ambitions for the platform. And Iceland’s tourism board (like the rest of the Internet) was quick to spoof the announcement with faux-PSAs of their own.

Today, we’ll take a look at these Moonshots plus seven other high-potential cryptocurrencies fighting for a space in the Metaverse. And though many won’t make it, the handful that survive will certainly reward investors for years to come.

The Star Cryptocurrencies of the Metaverse 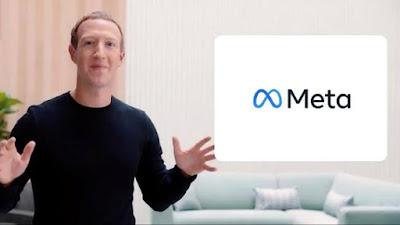 Let’s face it — picking long-term winners in a new industry is hard. CompuServe, the internet’s first mega-portal, is now a footnote in history books. And most millennials under 30 have never heard of AltaVista, Ask Jeeves or WebCrawler.

Today’s metaverse crypto tokens look very similar. No one seems quite sure which cryptocurrencies will win, so investors are (quite logically) seeking out any project with potential. Many of these upstarts are still months away from launching products.

To help investors sift through the pile, here are 10 of the more prominent Metaverse cryptocurrencies to keep an eye on.

Some tokens have already established winning platforms. Three in particular stand out:

Gala Games (CCC:GALA-USD). With 1.3 million users, Gala Games has become one of the largest gaming platforms of the crypto world that no one seems to know. Led by Zynga (NASDAQ:ZNGA) co-founder Eric Schiermeyer, the firm seeks to make “blockchain games you’ll actually want to play.” That straightforward premise makes the company a standout among the sea of copycat gaming firms.

Decentraland. The original crypto competitor to Second Life has itself undergone a renaissance. After falling 70% to $0.50 this summer, the token has since sharply rebounded to $4. Decentraland is now the most advanced crypto-based digital world, hosting real-world companies like Sotheby’s on its platform. That makes it a prime acquisition target for Facebook competitors.

Tokens To Wait For

Other tokens have promising projects in the works, but investors should wait for product launches or previews before committing.

Bloktopia (CCC:BLOK-USD). Polygon-based Blocktopia is attempting to create an immersive 3D experience in a 21-story “skyscraper.” The team has already signed on KuCoin and Solana. And if its 250,000 Twitter followers are any indication, BLOK could someday eclipse other virtual-world tokens.

My Neighbor Alice (CCC:ALICE-USD). Though indie gamemaker Antler Interactive isn’t due to launch “My Neighbor Alice” until Spring 2022, the buzz around this Animal Crossing-style game has already reached a fever pitch. ALICE currently holds a market cap worth $550 million, making it one of the most significant crypto gaming currencies today. Let’s hope the game is as good as people expect.

Dvision Network (CCC:DVI-USD). This South Korean-based firm has become one of the more advanced NFT platforms out there. The value of DVI has jumped from $0.50 to $3 in a matter of weeks, driven in part by NFT and virtual LAND airdrops. Investors, however, should wait to see the finished platform before investing.

The Sandbox (CCC:SAND-USD). When Animoca Brands bought mobile game “The Sandbox” in 2018 for $4.875 million, few could have foreseen the NFT version of the game spawning a $4 billion cryptocurrency. Yet investors anticipating a blockbuster game have done precisely that, even though Sandbox might not relaunch until 2022.

Our final group of tokens have winning teams, but need to pivot into an unproven business model to succeed in the Metaverse.

Axie Infinity (CCC:AXS-USD). The world’s largest gaming token by market capitalization also has one of the largest userbases: 2.3 million people sign in every month. There is, however, a user concentration problem. 40% of its users are based in the Philippines, and AXS will need to move beyond its simple gaming platform to attract a broader range of users.

Veracity (CCC:VRA-USD). Veracity’s team founded the firm in 2018 to help video content creators track viewership and earn rewards. Since then, VRA has become an aspiring Metaverse play in NFTs and eSports. Though it has yet to land a home run, Veracity’s ability to pivot makes it a company to watch.

Boson Protocol (CCC:BOSON-USD). Boson attempts to blur the line between real and virtual goods by allowing users to tokenize real-life items in exchange for in-game currency. This promising business model gives it an exciting investment angle for people seeking far-out Moonshots. Step aside, eBay (NASDAQ:EBAY) — I’ve got a new way to sell all my worldly possession.

Bottom Line: Though most Metaverse cryptocurrencies will eventually disappear, some shining stars will ultimately succeed. The Moonshot Investor recommends buying SushiSwap, Gala Games and Decentraland while taking a “wait-and-see” approach to all of the others.

The Dogs of the Metaverse

Not every online game is bound to win. As my aging collection of Xbox discs can attest, games are disposable and quickly forgotten (Is GameStop (NYSE:GME) still buying scratched-up CDs?)

Some crypto-based games have similarly found themselves shelved.

Consider Cryptoblades (CCC:SKIL-USD), a token that has lost 98% of its value since peaking at an inter-day high of $858.99 back in July.

“CryptoBlades is easy to play, and it resembles the now-defunct Mafia Wars by Zynga,” wrote a reviewer on CoinGecko. “There is not much complexity in the game now.”

Some reviewers were even harsher.

“A scam from a mile away. The game [charges] BNB instead of [SKIL] for every battle… Throw it away!”

Cryptoblades’ decline highlights one harsh truth of the Metaverse — the most successful gaming tokens are those attached to winning games. Show me a crypto game at the level of Oregon Trail or World of Warcraft, and I’ll show you a token that will make holders rich. Give users E.T. — an infamously bad game programmers were given just six weeks to produce — and your token of choice will be lucky to join the ranks of historic gaming duds alongside the Atari game.

Winning in the Short Term

Crypto tokens often seem to come and go in the blink of an eye. In May, SafeMoon (CCC:SAFEMOON-USD) briefly became worth $15 billion — more than Algorand (CCC:ALGO-USD) or Litecoin (CCC:LITE-USD) today. But ask the average person on the street what SafeMoon is, and you’re more likely to get someone trying to describe a blond-haired anime schoolgirl from a 1990s TV show.

But investors don’t need to sell at the top to reap significant profits. Investors who dumped SafeMoon at its peak in May could have turned $10,000 into $1.9 million. And H&R Block (NYSE:HRB) — the unlikely owner of CompuServe — sold its tech subsidiary for $1.2 billion in 1997.

Eventually, most gaming coins will go the same way as SafeMoon and CompuServe — few people play a single game forever. But as long as you’re selling your tokens before the mad rush leaves, you might as well have picked the top of any bull market.