An activity is called peer-to-peer if it runs without going through a central server or through a specific intermediary body.

Unlike gold, cryptocurrencies can be sent anywhere in seconds. Each individual can even send cryptocurrency from anywhere and to any address they want to go by using their smart phone and internet network. 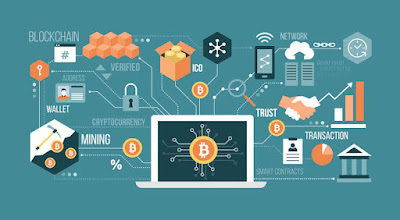 The cost of sending cryptocurrency can be done free of charge but users have the option to further speed up the transaction process.

The use of Bitcoin wallets will usually lower the transaction fee by around IDR 500 to IDR 3,000 regardless of the number of Bitcoin chips sent.

Transactions are irreversible. This means that the user cannot cancel the cryptocurrency transfer if he has finished sending it to another user.

Bitcoin can be returned to the sender if the recipient wants to send back the Bitcoin that has been received.

4. Transactions can be carried out using a pseudonym

In the blockchain, we can see all the transactions that a person has made along with the amount of cryptocurrency they have.

However, we cannot find out who the real person behind the transaction is unless he reveals his own identity.

Every Bitcoin user can choose to show or hide his identity. However, all transactions carried out will still be recorded on the blockchain and transaction data can be read by everyone.

5. Cryptocurrencies are not regulated by any government or institution

Bitcoin that utilizes blockchain databases is not controlled by a particular party. Because cryptocurrency transaction records are public, a user will have difficulty falsifying transactions contained in the blockchain.

Transaction information in the blockchain is recorded directly, transparently, and spread across millions of servers or servers in the world.

Those who have the desire to modify or falsify transaction data must be able to hack into those millions of servers at the same time.

The Bitcoin offer is limited to only 21 million pieces. The Bitcoin creation system dictates that the rate of Bitcoin production decreases every four years.

So this will be similar to the impact if deflation occurs in an economy and the price of Bitcoin will increase as the number of Bitcoin pieces tightens over time.

This concept was developed based on the idea that good quality digital assets are not under the control of government or monetary authorities.

This is based on the view that the government is controlled by corrupt parties who always prioritize their own interests.

As a result, decisions regarding the financial regulations of a country will always benefit the conglomerate.

The events of the financial crisis in 2008 supported this view and emphasized the neglect of the government's role in their duty to maintain economic stability.